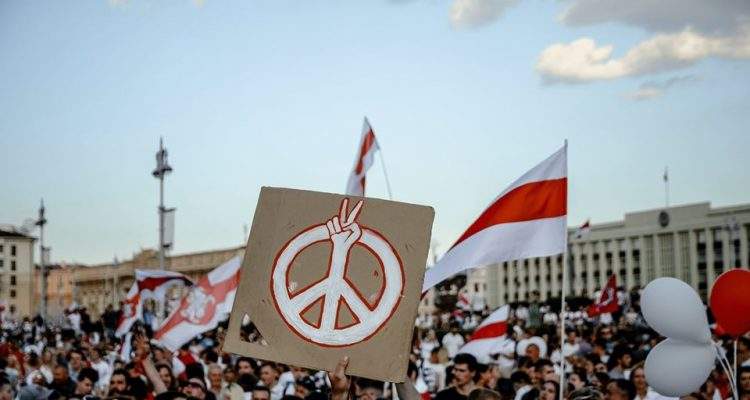 UNITED For Intercultural Action expresses its solidarity with the Belarusian civil society in the face of the government’s repression.

We are deeply concerned about the violent mass repression against peaceful demonstrators, nongovernmental organizations, journalists and political opponents in Belarus. The reports we have received from grassroots activists and journalists echo the recent statement by the UN High Commissioner for Human Rights Michelle Bachelet, who expressed concern that over 6000 people have been detained, including bystanders, as well as minors, suggesting “a trend of massive arrests in clear violation of international human rights standards.”

Reports UNITED have received from grassroots activists and journalists from Belarus express even graver concerns over the actions of the police. Two peaceful protestors were murdered by riot police in Minsk and another peaceful protestor tortured to death in Homiel, whereas the torture of those detained is widespread: hundreds of people have been badly injured with non-lethal traumatic police weapons, including rubber bullets and stun grenades. This degree of violence has been unprecedented for modern Belarus.

We call on the Belarusian authorities to respect the rights of all citizens to peaceful demonstrations and end the detention and arrests. Anyone detained for peacefully protesting, as well as prisoners of conscience should be immediately released and people’s grievances heard.

UNITED for Intercultural Action is the European network against nationalism, racism, fascism and in support of migrants, refugees and minorities. Together with over 560 supporter organisations all around Europe, ranging from local grassroots associations to national and international NGOs, UNITED coordinates campaigns and undertakes advocacy work to protest against discrimination and promote our shared vision for a diverse and inclusive society.