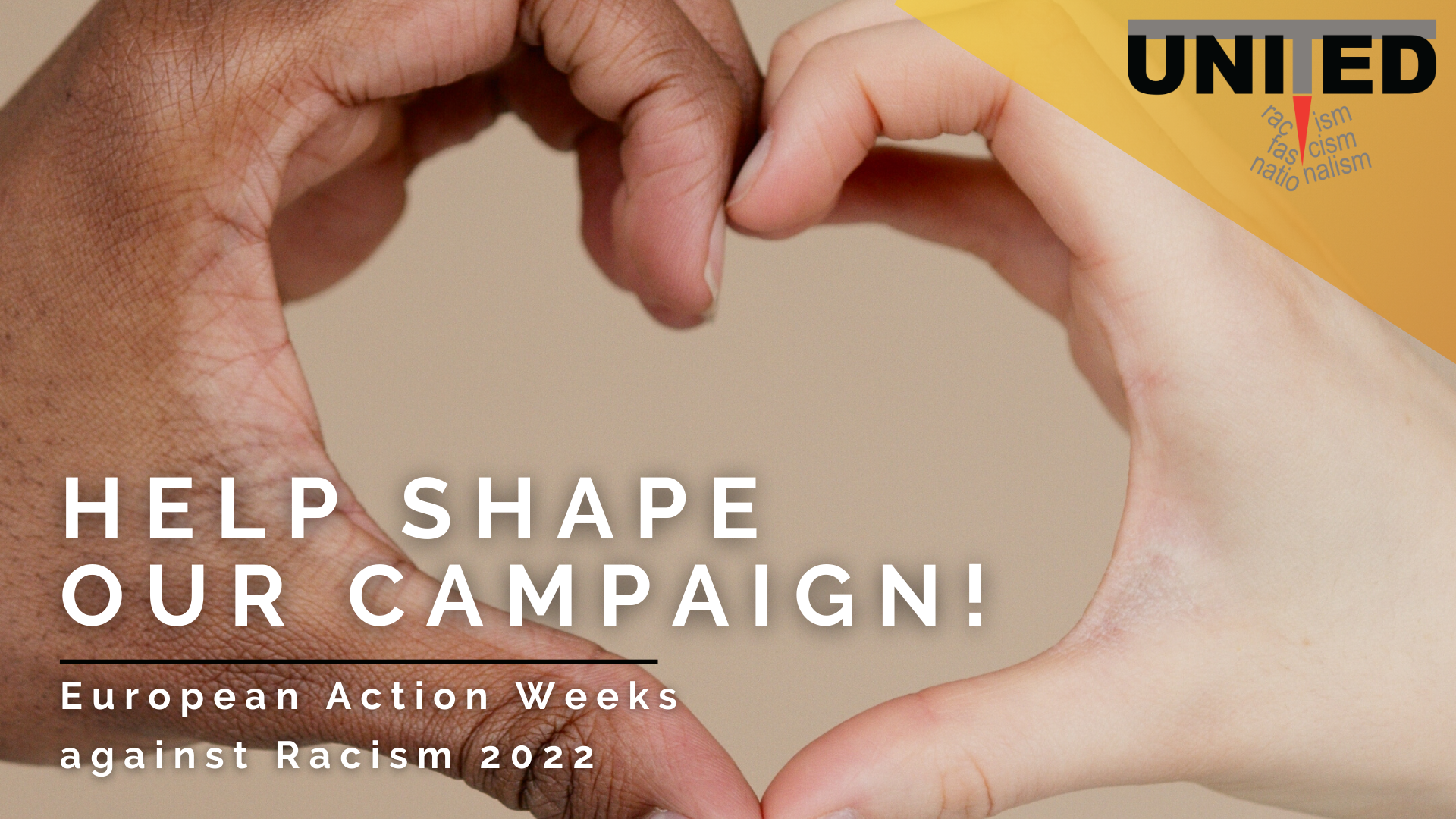 The new year has just begun, but we are already looking ahead to our first campaign of 2022: the European Action Weeks against Racism. This campaign traditionally takes place around the 21st of March, the International Day for the Elimination of Racial Discrimination. This year, the campaign will run for two weeks, starting on the 14th of March and ending on the 27th of March.

If you are familiar with our work, you will know that our campaigns usually follow a theme. We usually also provide resources for organisations to use during the Action Weeks. The campaign is run by our Campaign Preparation Group (CPG), a group of volunteers. To give an example, last year, the theme of the campaign was #solidarity, as shown on the image below: For this year, we would love to also involve the wider network! That’s why we invite you to our upcoming ‘Campaign Summit’, a two-hour session where we will collect ideas from the network. We will then use these ideas to design this year’s campaign, together with the CPG.

So, would you like to contribute to our Europe-wide campaign on anti-racism? Join our campaign summit on the 25th of January, from 15:00 to 17:00 CET. Make sure you remember to attend by signing up for our Facebook event!

If you are already planning activities for the 21st of March or the European Action Week against Racism, we would also love to hear about it! Contact us on social media, or send an email to 21march@unitedagainstracism.org.