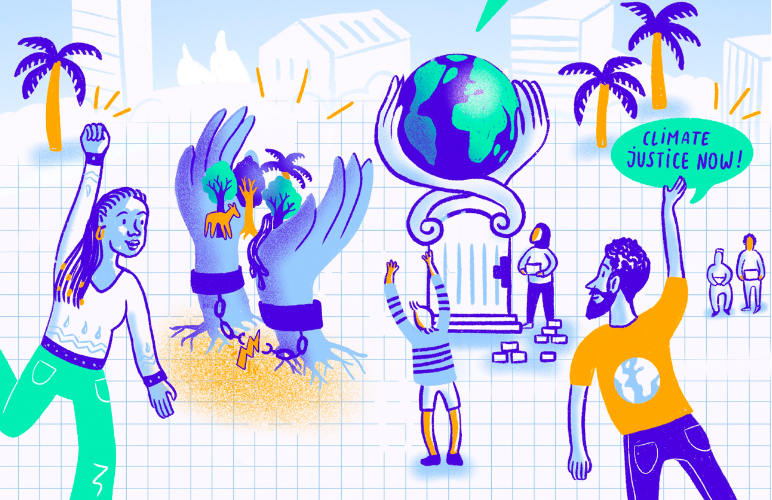 Over 50 participants collaborated in different online capacity-building workshops, namely: (1) “EXPLORING YOUTH PARTICIPATION IN LOCAL AND INTERNATIONAL GOVERNANCE”, (2) “YOUTH MOVEMENTS & DECOLONISING CLIMATE JUSTICE” and (3) “YOUTH ACCESS TO FUNDING”, conducting extensive discourse and discussion to produce meaningful policy recommendations that tackle the issues and redefine the role of youth in the particular areas aforementioned. The recommendations were then later shared with the public and were received by relevant international institutions and key decision-makers. And so, not only were the participants able to amplify their voices in the national and international arena but their individual skills and understanding were also developed, with their reach and network widening through this Global Dialogue program.

The project was coordinated by UNITED’s Advocacy Advisor, Neringa Tumenaite. The participants also had a chance to meet UNITED’s Director Balint Josa, who presented best-case practices and lessons learned from managing an international network.

On “EXPLORING YOUTH PARTICIPATION IN LOCAL AND INTERNATIONAL GOVERNANCE” 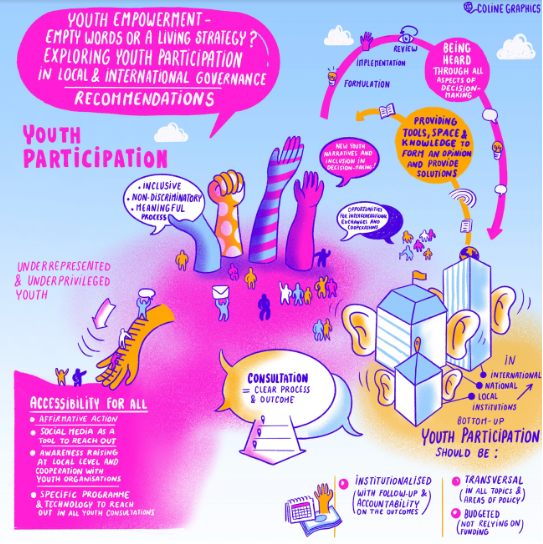 Despite the fact that the importance of the role of youth is indisputable when it comes to examining trends and movements of change in society, young people are still often overlooked, undervalued, and excluded at key moments, especially in decision-making. This is something to be questioned, especially as young people make up half of the world’s population today. No matter what the international political actors decide upon, it is the youth who will bear the consequences of it in the future.

In this workshop, UNITED helped organize a space where young people assessed their current involvement in local, national, and international society. Faced with issues and complications that slow, hinder, and endanger them towards active and continuous participation in local and international governance, participants were able to come up with at least 31 commendations that were then consolidated and finalized towards the final outcome of the report, which you can access here. 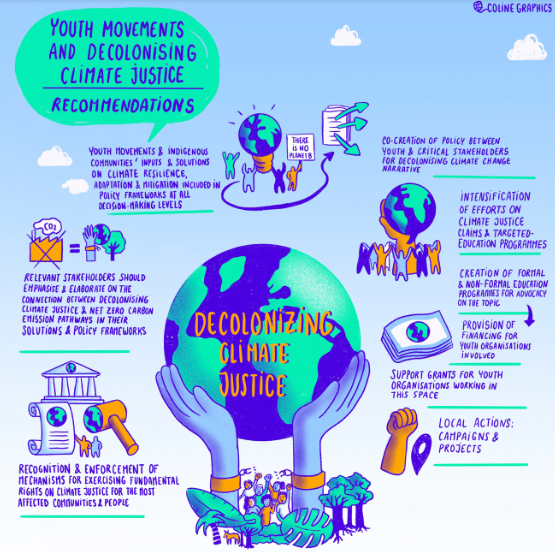 As climate change continues to be a critical challenge of our globalizing society, there is especially a need for the youth to reshape this already existing knowledge of the dangers in the environment and redirect the attention back to the Global South to solidify the grounds on which they stand. It is only necessary that we look beyond ‘conventional science’ knowledge and instead demand accountability for the historical injustices that have caused it.

The contribution of Youth-led movements should not be overlooked; their impact and efforts on decolonizing climate justice should be acknowledged. With the inclusion of the youth in joint policy and strategic efforts, the decolonization of climate justice could move past the notion of victimhood towards a path of greater opportunities to achieve true climate justice. In this workshop, participants emphasized the fight against the unequal distribution of climate change and its tremendous impacts on humanity, especially on the marginalized. Here’s how the participants decided to move forward. 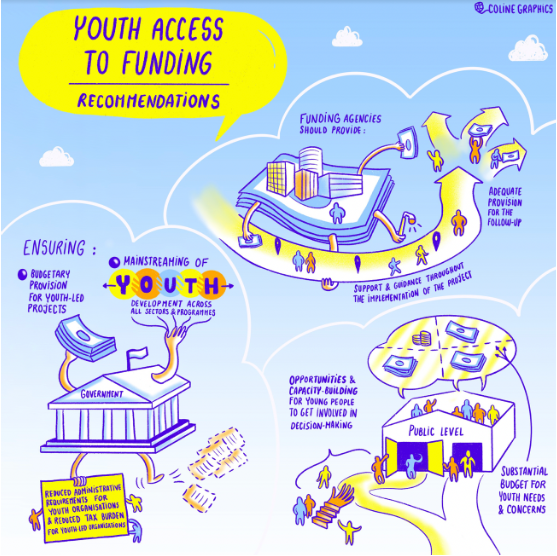 The Youth’s active engagement in society is one of the values that UNITED continues to fight for in its everyday activism.

To guarantee effectiveness and sustainability in policy development and decision-making,  governments and other non/private institutions should stop underfunding and misrepresenting the youth, and instead guide them to successful inclusion and participation in the process of policymaking and its implementation. As they are key actors in ensuring lasting and sustainable peace in the world today, their needs, initiatives, and opinions should only be rightfully supported and financed.

Over 50 young people gathered for the workshop, on which many highlighted the varying degrees of challenges and barriers that restrict them from getting involved in and across all government sectors, agencies, and programs. The participants also had a chance to hear about best-case practices in fundraising from UNITED’s Director Balint Josa.

For the mantra of the UN SDG goal: “Leave no one behind,” to actually take effect, here are recommendations according to participants that the governments should consider.

The whole project signified the valuable role of the youth as an active driving force in social and political change in society. It exhibited the youth’s capacity for collaboration and contribution toward a more youth-sensitive global world. The dialogue also ensured a more inclusive and intercultural approach in demanding increased youth political participation, especially on new and emerging issues that affect today’s world. To learn more, visit www.globayouth.eu