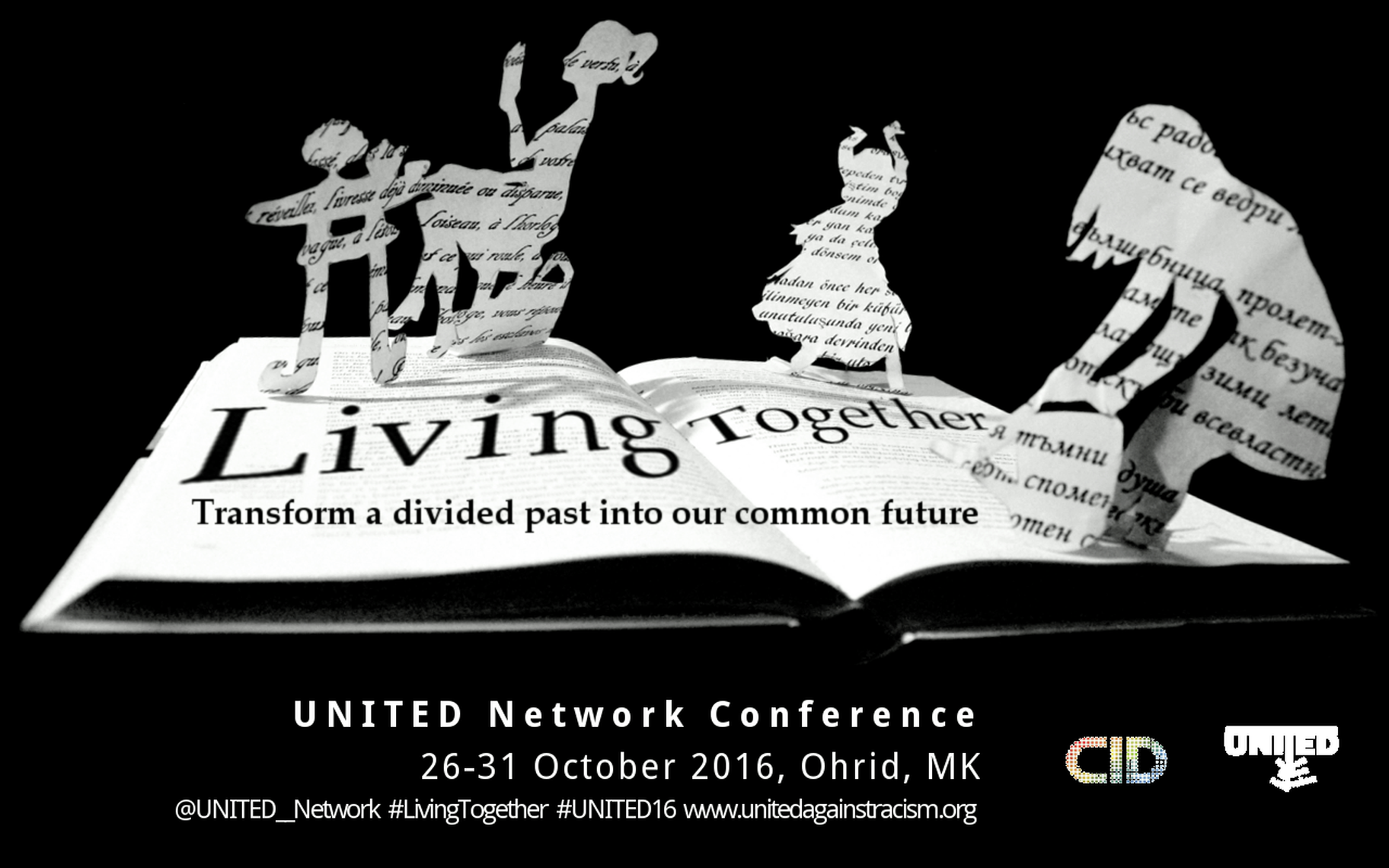 Living Together: Transform a divided past into our common future

“Living together: Transform a divided past into our common future”

Reports from the conference

Our lives as a community depend on how we can handle cultural, social and ethnic differences, and make strength out of diversity. Our success as nations depends on how we can learn from the experiences of our ancestors and not repeat the same mistakes again and again. When we select our leaders, we must pick them carefully, avoiding those that wish to set segments of society against each other, or appear to be fighting against imaginary or selected enemies instead of working for the best interests of all. As societies, we must come up with better visions and strategies for Living Together, and learn to accept that although this is not always easy, it is necessary.

When it comes to political participation, Europeans seem disinterested and detached. Many feel a sense of powerlessness because politicians fail to hear their fears and concerns about different issues, including immigration. Right-wing populists and extremist groups have been successful in appealing to people’s general sense of dissatisfaction and build a narrative based on prejudice, nationalism and anti-European sentiments. Incidents of hate speech and hate crime targeting migrants and minority groups are happening more frequently across Europe, leading to more fear and concerns.

In such times in which Europe is still grappling with the painful realities of oppression and racial injustice of a divided past, there is a need for European human rights activists to join forces to address critical topics such as ‘Ethnic Privilege’ and ‘Cultural Dominance’. We should refresh our memories by listening to testimonies, discuss historical developments and repeated mistakes in order to mobilise against discrimination and set actions for a model that guarantees not only social cohesion and coexistence but also justice and reconciliation.

To achieve this, UNITED invited activists from antidiscrimination organisations to join the conference in Ohrid, MK, where we worked together to find common strategies to address the situation.

About the situation in Republic of Macedonia

Recently, Republic of Macedonia marked the first anniversary of its latest security challenge, which disrupted the recently-established peace between different ethnic groups. However, the events of May 2015 had little in common with previous conflicts, as was proved by public reactions from the local population who expressed their willingness to live together and respect each other. The civic engagement and immediate response proved that there is a space for dialogue and creating sense of citizenship among different groups in Macedonia. Despite this, there is an ongoing sensitive political situation that has now lasted for more than a year – as well as new fresh energy expressed by the grassroots civil society movement driven by common civic values.

What were the aims of the conference?

Considering this complex situation, our conference aimed to create a platform to:

–      understand the ethos of conflict through case studies and personal testimonies;

–      share best practices and practical tools to be used in the reconciliation process;

–      provide guidelines for NGOs on how to work on reconciliation;

–      initiate joint actions and pave the way for future cooperation;

–      design the focus of the upcoming European Action Week Against Racism in 2017.

The conference programme combined debates, workshops, sharing of experiences and local situations, simulations, political cafés and many other methods for learning from practical experience.

UNITED is the largest pan-European anti-racist network of more than 550 organisations. Twice a year, at the UNITED network conferences, antiracist and human rights activists from all over Europe meet and discuss effective ways of combating racism and discrimination. At a recent UNITED conference held in April 2016 in Torino (Italy) participants from 28 countries discussed the issues around narrative of migration in Europe. For an impression from previous conferences have a look at the posts on facebook.com/UNITEDnetworkConference.

A special training on Hate Crime by OSCE-ODIHR took place directly after the conference (31 October – 1 November 14:00). The training “OSCE training workshop on hate crimes for civil society representatives” discussed the concept of hate crime and provide strategies for NGOs to address and monitor hate crimes.

This conference was prepared by:

This event was made possible with the financial support of: