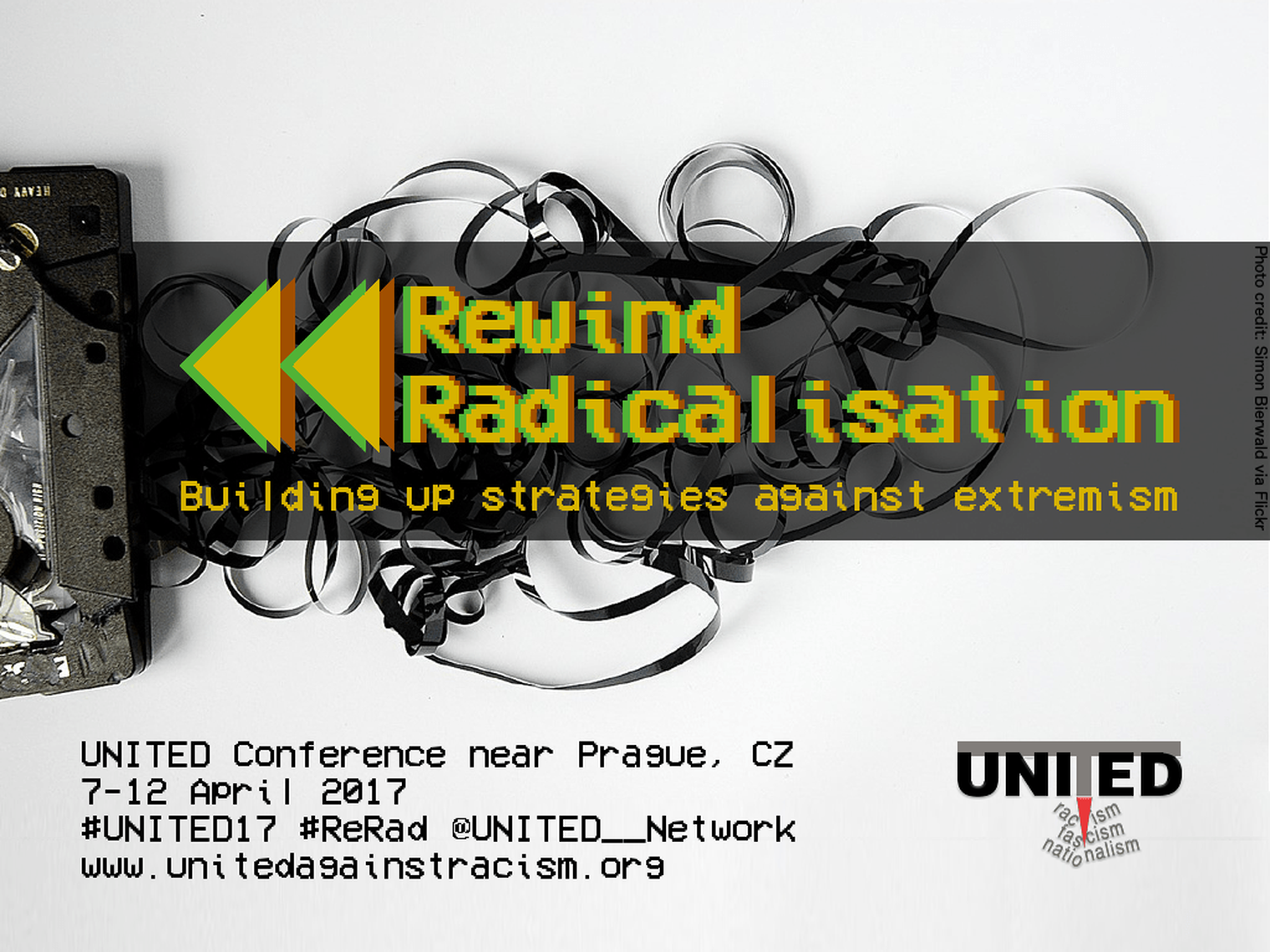 Reports from the conference

Radicalisation is a process by which an individual or group comes to adopt increasingly extreme political, social, or religious opinions. It is not a one-off decision, but a development that occurs step-by-step within an individual or a group.

During the last few years, a rising level of interest in far-right ideologies has been noticeable in almost all European countries. This has not only been the case since the Brexit referendum and the growing influx of refugees from the middle and far east. Xenophobic, homophobic, anti-Roma islamophobic and antisemitic associations are no longer on the fringe of society, but originate from the middle of it, and support for such movements has become normalised. This dangerous development leads to even faster radicalisation and to a lower inhibition threshold for violent actions.

In such times, not only official European institutions, but also civil society and its activists need to join forces to fight against increasing right-wing radicalisation of individuals and society on different levels and in different ways. For this reason, UNITED invited European antidiscrimination organisations to nominate delegates to participate in the conference Rewind Radicalisation! Building up strategies against extremism , which took place near Prague, Czech Republic from 7-12 April 2017.

What could you expect?

–    understand what radicalisation is and where and how it starts
–    listen to experts in this field and get some theoretical background
–    find out how it affects our society by listening to personal testimonies
–    work in groups on education, media, advocacy, campaigning or community work
–    initiate joint actions for NGOs as well as produce future working materials
–    pave the way for future cooperations

The conference programme combined debates, workshops, sharing of experiences, political cafes and many other methods for learning from practical experience.

About the situation in Czechia

In Czech Republic, extremist and radical parties and associations have a great impact on the political discussion about migrants and refugees in- and outside the country. Even though radical associations have been banned in the past, new groups have risen, and Facebook has made it easy for citizens with similar radical opinions to organise and act together. Local NGOs, loose groups and active citizens fighting against this hate are being attacked, sometimes not just verbally, but also physically. As worrying as these incidents tend to be, they also show that there are still people interested in building an open society, facing its problems and not opting for the easy and popular solution.

UNITED for Intercultural Action is the European network against nationalism, racism, fascism and in support of migrants, refugees and minorities. Together with over 550 supporter organisations all around Europe, ranging from local grassroots associations to national and international NGOs, UNITED coordinates campaigns, organises conferences, takes part in projects, produces publications and undertakes advocacy work to protest against discrimination and promote our shared vision for a diverse and inclusive society.